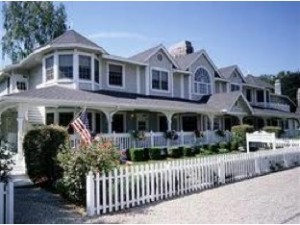 Ballard is in Santa Barbara County. The town of Ballard is one of the communities that make up the Santa Ynez Valley. The nearest city is Solvang. The population was 467 at the 2010 census.

Ballard was founded in 1880 at the location of a Wells Fargo stage line station, being named after the proprietor.

Today, Ballard is a combination of sleepy village and upscale bedroom community. Noted for its excellent elementary school, it is a prized residential area. The surrounding area is noted for its thriving and well-respected wine industry. The wine producing region around Ballard was featured in the Academy Award nominated film Sideways. A world-renowned equine hospital is located nearby. The only commercial establishment currently operating in the main village is The Ballard Inn a four star restaurant and

bed and breakfast inn in the heart of the village.