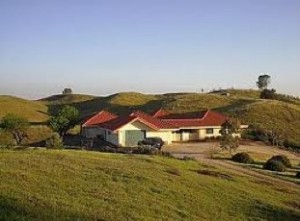 Creston is located about 15 miles southeast of the City of Paso Robles. Creston (named after Calvin J. Cressy) was founded in 1884 on the Rancho Huerhuero Mexican land grant.

The 2010 Unites States Census reported that Creston had a population of 94.

The Census reported that 94 people (100% of the population) lived in households.