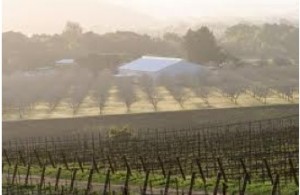 Prior to the European settlements, the area around Lompoc was inhabited by the Chumash. The name of the city is derived from a Chumash word “Lum Poc” that means “stagnant waters” or “lagoon.”
Located close to Vandenberg Air Force Base is the Federal Correctional Institution. This is a low security facility for male inmates.

Today, the city of Lompoc is dubbed “The City of Arts and Flowers” and is also becoming known for its local wines after the movie Sideways was filmed in.